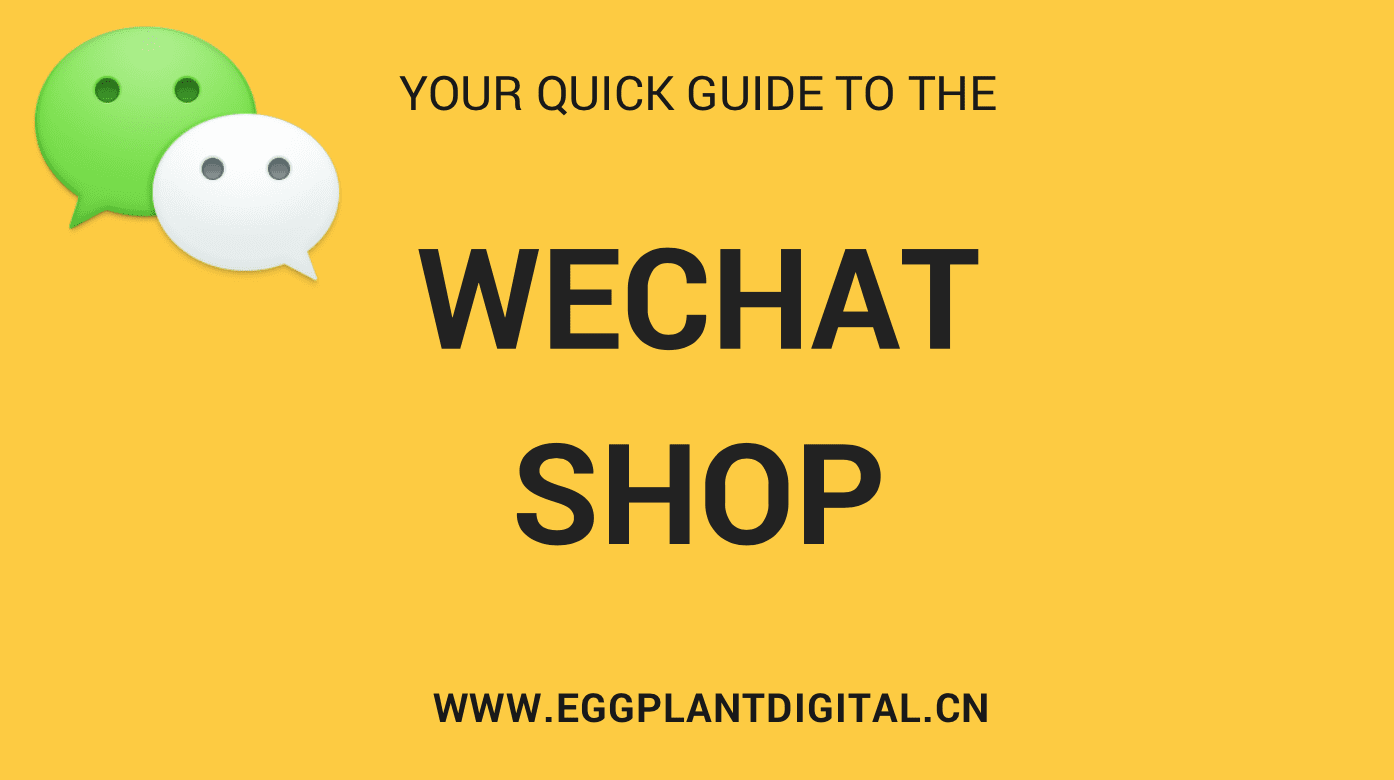 If you’re not a regular a WeChat user (like most non-Chinese people) then you’re probably wondering what all this WeChat stuff is all about. I gave a talk in the UK last month to a group of developers in Bristol, UK who were baffled that a shop existed inside a chat app. Surprising? We thought it was time to write a piece explaining exactly what WeChat shops are, and how some of WeChat’s functions can help your business.

Are WeChat Shops Are Worth Having? Figures in summer 2016 show that WeChat sucks up 40 minutes of each Chinese user’s day. To put that into perspective – Facebook users spend an average of 20 minutes a day on the site according to official figures.
So this is a fact we should all be taking notice of. It also means that a WeChat shop is of huge value if you want to reach a target market of Chinese consumers.

How Did The WeChat Shop Get To Be So Valuable?
To explain that, we need to get back to the roots of WeChat in the first place.
WeChat began life as a straightforward messaging APP, that was essentially fulfilling the same purpose as WhatsApp or it’s Japanese counterpart, Line. However, there was one feature which hit a home run with the Chinese audience, which was very specific to China…

Mandarin Chinese is a huge pain to type or write, compared to something like English. You basically have to type your message in a romanised (western style) alphabet and then choose your Chinese characters. This means that typing Chinese takes about 4 times longer than writing in English – and that’s if you haven’t made any mistakes!!

In addition, learning to write Mandarin is a much bigger task than most other languages (I can personally verify this!). With over 35,000 characters, you can easily lose the ability to write or recognize the vast array of symbols. So how did WeChat get around this? The answer was beautiful…

WeChat’s Special Power
Building the short voice message as the primary, and most easy-to-use feature in WeChat meant that you could skip all the awkward typing, and simply treat your phone as a walkie-talkie. You get the added bonus of receivers having an option on when to listen their message. When I explain this to most of my non-PRC friends, they reply with “yeah but Facebook and WhatsApp do that, too”. 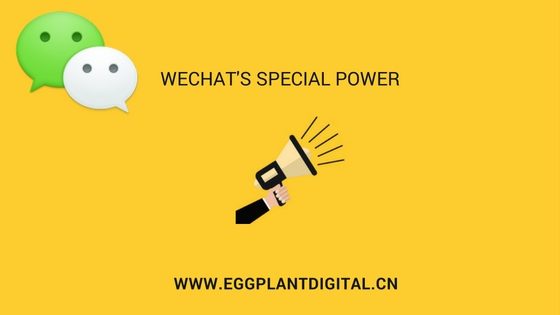 Sure they do, but it’s really clunky on both of those platforms. I know less than 5 people who actually use it on either platform.

I’ve met a couple of new acquaintances who were utterly shocked to find that I had send them a voice message (I was cycling and late for the appointment so it was a pain to type) via Whatsapp and were quite disturbed by it. This could, however, be a British thing..?

I’ve personally introduced at least a dozen Brits, Canadians and Americans to WeChat and once they’ve actually used it for a couple of weeks (as encouraged by me) they also wonder why anyone would want to use anything else- apart from the fact that their friends don’t use it.

In all honesty -get your husband, wife, friends, or team at work to try it and you’ll see the benefits for yourself after a matter of days. I won’t go into all the fantastic features now. I’ll leave that for another day.

Once WeChat established itself as a killer communication app that it is, it set about turning itself into China’s default e-commerce and money transfer system. Arrive: the WeChat wallet.

The WeChat wallet works in the same way as a Paypal account or Apple pay, except it’s as convenient as sending a message to a friend on Whatsapp.

In all honesty, it’s hard to see how Apple pay, PayPal or even China’s Alipay will deal with the rise of this level of convenience in China’s mobile chat and payments market.

If users are looking to purchase via your WeChat shop, then a couple of taps (they don’t even have to re-type a password) and the payment is made instantly. This is a proven game changer for conversion rates, as it’s just so seamless. By adding a WeChat public account, you’ve got the power to push information to both prospective and existing customers, in the same way as is usually done on an e-mail list- except this is going straight to the consumer’s smartphone.

This makes brand awareness, marketing and at the all important O2O experience much more efficient than before.

HOW DOES IT WORK?

Now You can receive orders in realtime from your WeChat shop, with payments taken inside the platform.

What Else Can Be covered By My WeChat Shop?

Anything we’ve missed? Let us know and we’ll happily put out and article addressing your queries. If you’ve got anything specific, it may be a better  idea to drop us a direct message with your query.