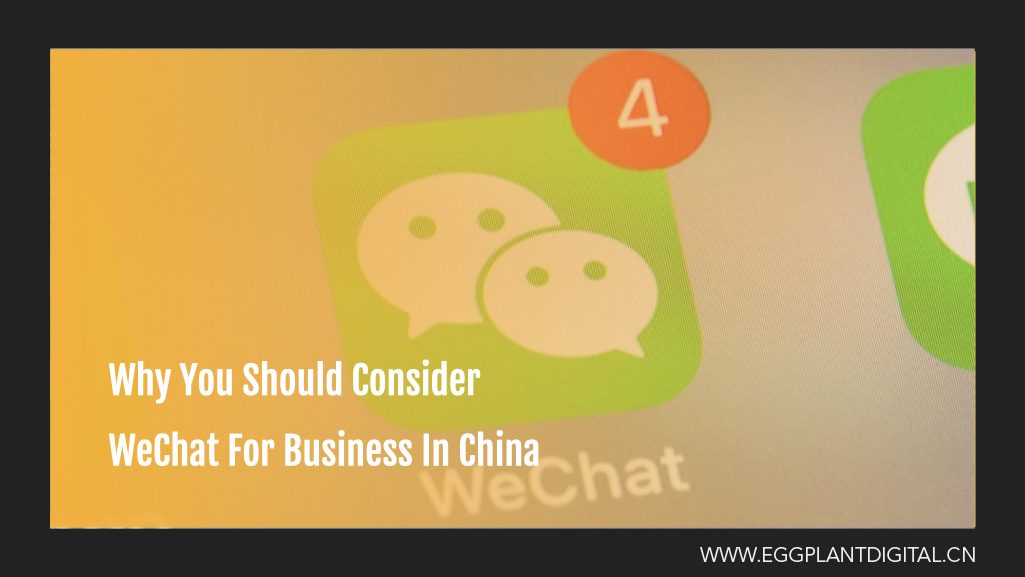 In China there are currently approximately 400 million WeChat users, which is increasing at a massive rate day by day. Some non-Chinese WeChat users rate it’s usability above popular social messaging favourites such as WhatsApp, Line and Viber. It seems that it’s creator Tencent has managed to outpace it’s rivals in it’s development of highly useful additional features, while not incurring a downside on it’s ease of use a messaging tool.

The app is now so popular in China’s bustling cities that young urbanites are often no longer exchanging phone numbers, but heading straight for the mobile platform as their default form of keeping in touch.
Why? If you lose your phone it could take you hours or days to get your sim card replaced and you may well lose some contacts in the process. If you use WeChat you could simply sign into your account on another device immediately and all your contacts (and in some cases your chat history) will be available to you with little or no disruption. It should also be noted that WeChat has a rather nifty version available both online and downloadable for both PC and Mac.

The largest demographic currently using WeChat are young urban residents. This just happens to be the social group with the highest figures for making purchases using digital platforms in China. The Chinese youth are internet savvy and many have an increasing level of disposable income.

This is a potent mix companies targeting this market who are considering WeChat for business. Marketing, sales of physical products and the pre-payment or booking of products and services are all available on the platform to companies registered in China. This includes Chinese businesses, joint ventures ( domestic and foreign partnerships), as well as foreign companies (WFOE’s) in China.

WeChat For Business As A Marketing Channel

WeChat is a much more social tool than Weibo. Weibo operates much like Twitter in that feeds are created to allow users to receive information as it is pushed out by chosen channels. WeChat is primarily a text and audio service between private users or small privately invited groups of up to 100 people. Users can extend their reach by posting ‘moments’ which are a stream of images, text and links that are available only to their exclusive contacts network.

WeChat’s moments are akin to the Facebook Wall concept, but in a more streamlined fashion.

In this way WeChat has made itself a much more potent tool for reaching tighter knit groups. The downside for business, is that because it is a chat app, marketing to each group is completely permission based. On this basis WeChat largely relies on an offline relationship, or a referral for a specific purpose to generate connections. WeChat is not generally somewhere to meet virtual friends, and consequently has a more limited viral impact. WeChat does have features that allow random parties to become friends, but this type of use is fairly limited.
Forwarding can only be done inside the user’s groups, so vitality is limited to hopping from small group to small group-this means vitality is a more complex task task than on Twitter or Weibo where posts can be automatically received received by an almost unlimited number of followers.
Accessing any WeChat group can be tougher from a marketer’s point of view, but once you are in you have a more personal and direct influence than on many other platforms.
Chinese consumers on the whole tend to be more influenced by their peers than the average Western market and especially WeChat’s younger user base. This further reinforces the potential power of using WeChat for business when seeking to influence smaller groups and communities.

WeChat For Business As A Sales Platform

WeChat is still discovering how best to go about using it’s potential as a payment platform in China. So far it has moved into B2C payments in areas such as plane tickets, movie tickets and taxi fares.

Payments are currently made by scanning an offline or online QR code. Payments can also be maked inside a shopping platform contained within the app. Users link their bank accounts to WeChat and then payments are confirmed by using a user defined pin number.

WeChat for businesses in China is clearly an exciting move and one we will be following closely. Be sure to look out for further articles on the world of WeChat in the coming months, as this platform has a bright future and massive potential for businesses. Watch this space…