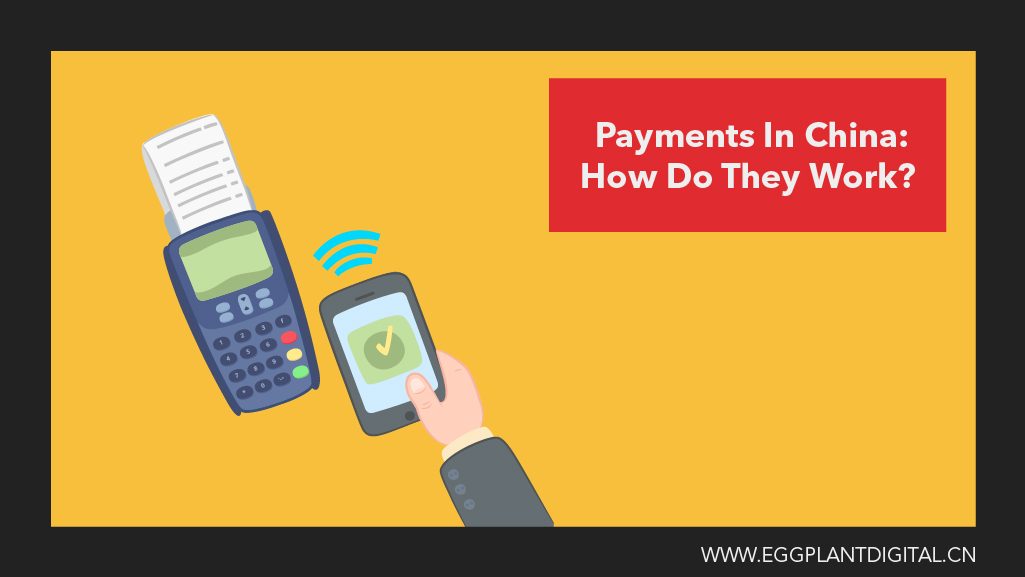 Payments in China have never been so easy, but it is definitely something by which the outside world is confused. Forget about contactless credit cards or “chip and pin”. In China, you really can leave your house with only your phone. But which payment options do you need to know to understand the market in China?

Unless you’ve been hiding from the news for years, you will be aware that in 2019 China is now largely unrecognisable compared to the China of 30 years ago. As a regular member of the planet, you’ll probably think that things like the Internet and payment systems are a little different over there. And you’d be right. China has far overtaken most countries in terms of how consumers deal with exchanging money. So what does your business need to know about payments in China?

I’ve never been queried for using cash in any bar or café in Europe or North America. On New Year’s Day 2019 in Tianjin, I was about to hand over some cash for a meal and was asked “No WeChat?”. It was surprising enough for me (having lived in China for over 8 years), let alone a tourist. Can you imagine going into Burger King in New York or London and being queried for trying to use cash?

What Payments Are Used In China? 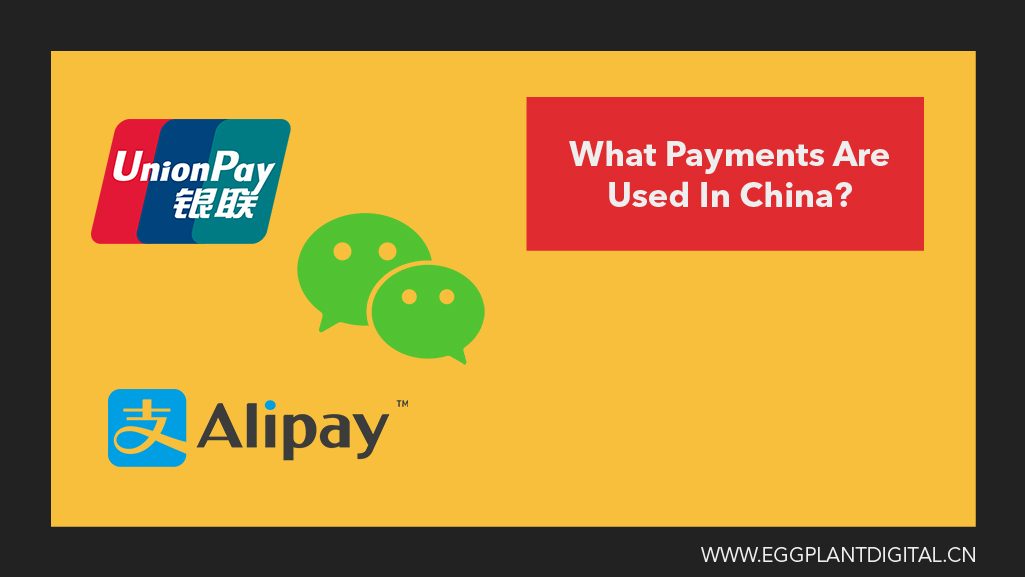 For consumers, or anyone doing business in China, you need to have an online or mobile-based third-party payment system. While Apple Pay is used in some small areas of the Chinese market, mobile wallets from Chinese giants Tencent (WeChat Pay) and Alibaba (Alipay) are where the real business is done. Roughly 87 million people worldwide used the Apple Pay app in 2017. “That’s a lot of people,” you may think! But it’s a small number compared to the estimated 400 million users of Alipay, or, indeed, the staggering 600 million users of WeChat Pay who are making those payments on a daily basis.

Whether you are a business selling via a website, retail outlet, or app, if you want to make transactions with Chinese consumers, you need to understand the e-commerce world of mainland China. For various reasons, the infrastructure and demand for credit cards never really existed in the PRC. China was largely a cash-based society with an underdeveloped banking system. Then it started manufacturing cheap mobile phones at a time when tech based payments were taking off – so credit cards largely got skipped altogether and were replaced with mobile payments.

The creation and adoption of mobile payments that we see in China today came out of a need, but mass adoption came out of creating smooth and frictionless experiences for the user, which changed the game completely – something that hasn’t yet happened in the West.

So, what do each of the online payment systems offer?

Getting to know China’s payment providers

In 2018, over 85% of purchases made in China were on mobile payment platforms. There are really only a few go-to mobile platforms for payment in China. WeChat Pay and Alipay dominate the market with their cool 92% combined market share of mobile payments.

People who sell single apples on the street of China’s cities have WeChat QR codes you can scan to send them money in an instant. Delivery apps, online shopping, in-store shopping, restaurants, bars, convenience stores: you can pay at any of these with a mobile payment app. But with different players come different advantages.

What is it? Dubbed a ‘super-app’, and named ‘one of the world’s most powerful’ mobile apps by Forbes, WeChat is by far the most widely used multi-purpose app within China. With an estimated 900 million daily users, and over 800 million estimated wallet users, WeChat has a firm grasp on the Chinese market. It allows users to send messages, make voice or video calls, play games, as well as send or receive payments, pay bills, split bills, pay in store or online, and so much more. Although seemingly everyone has WeChat (and therefore, most have WeChat Pay), Tencent’s mobile payment platform is likely behind in the e-commerce world because of Alibaba’s Taobao. However, WeChat now partners with jd.com and others to allow users access to shopping platforms with just a few clicks.

What is it? UnionPay is the Mastercard, Visa, and American Express of China, all rolled into one. It is the only interbank network in China, linking all ATMs around the country for any bank. If you’re issued a debit or credit card in China, it’s going to be linked to UnionPay. It’s the largest card network in the world, with 7 billion cards issued to date. UnionPay also offers online and mobile payments.

Other Payment Systems In China

While Alipay, WeChat Pay and UnionPay are by far the most commonly used ways to pay in China, there are a few other payment providers that do work in China. Paypal, for instance, is not blocked in China, and therefore vendors accepting PayPal payments have access to the Chinese market. Other providers, such as Baidu and 99Bill, also act as third-party payment providers, but with much smaller customer bases, their presence isn’t seen as much in China.

How Can I Integrate Chinese Payments? 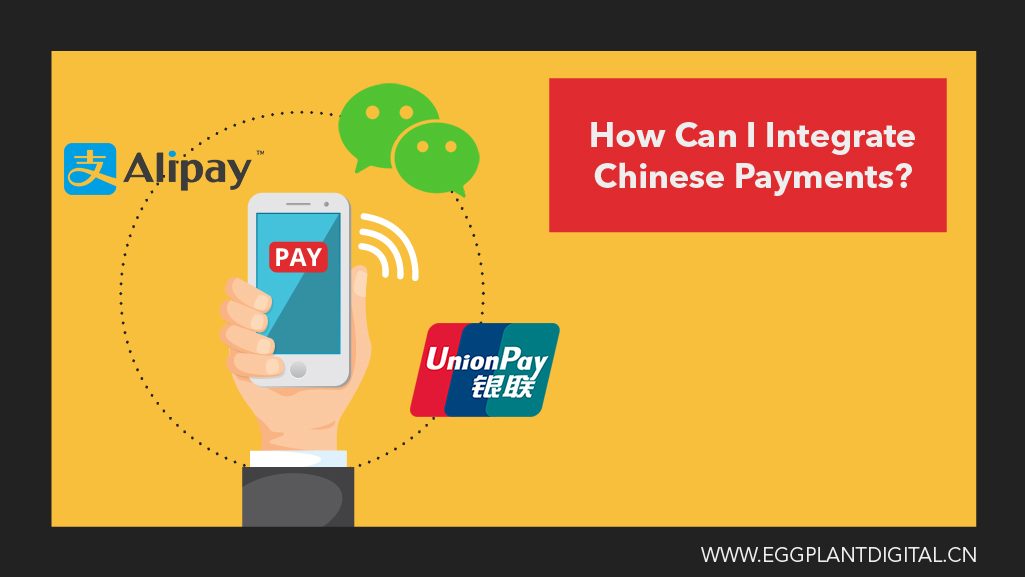 Very few Chinese consumers may use PayPal or international credit cards, so having one of the Chinese payment options is essential if you want to break into the Chinese market. Put simply, China operates its own payment ecosystem: if you want to sell in numbers to Chinese people, you have to do it on a system they already use.

To make integration easy for non-Chinese businesses, companies have begun to offer third-party payment gateways for UnionPay, WeChat Pay, and Alipay. By adding to the checkout process on e-commerce sites, businesses can accept payments from the vast Chinese consumer market.

Eggplant Digital’s has already integrated WeChat pay and AliPay for WooCommerce, offering businesses a streamlined, easy passage into selling in China using a WordPress website. We will delve more into the specifics of integrating payments on your website in our upcoming post  “How You Should Take Payments Online In China”.

The Best Payment Providers For You In The Chinese Market

So, what’s the best choice for people wanting to do business with Chinese consumers?

Short answer: Integrate Alipay and WeChat pay. Different types of business are better suited to different parts of the Chinese ecosystem, so there is no “one size fits all”! If you want to know about which type of system would work best for your individual business, drop us an e-mail or leave us a comment. We like to help!

How Do You Sell Online In China : Cost Effective Marketing With Social Selling

How do you sell in China's huge online market? The one with the largest single…

How to add Alipay or WeChatPay onto my website?