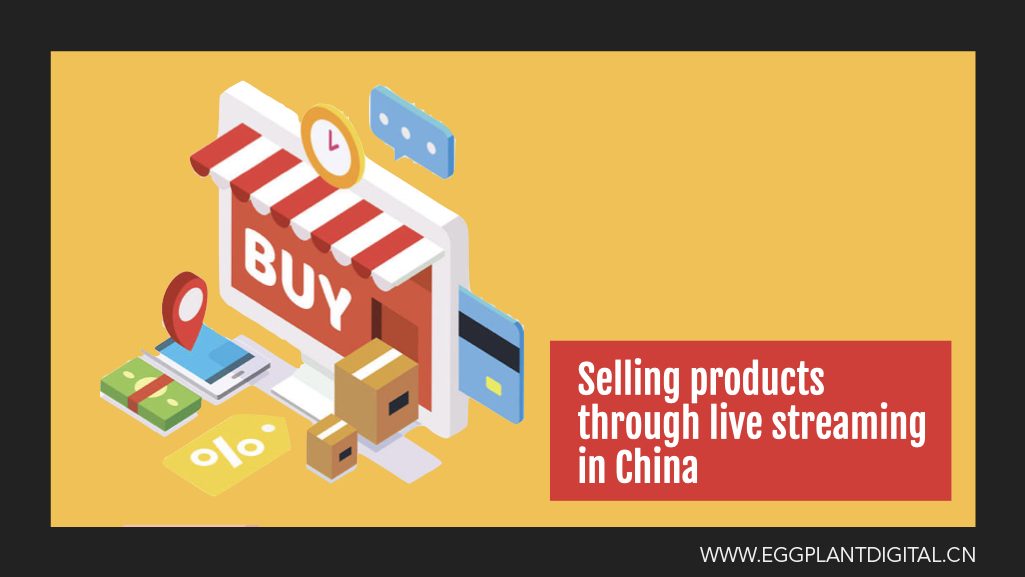 Regardless of where your business is located, there’s a unique new marketing method for selling products to Chinese consumers eager to buy western goods. It’s called Livestream Selling.

Until recently, the only way Chinese shoppers could acquire luxury goods at reasonable prices was through the traditional Daigou, or gray market method. Daigou, which literally means “buying on behalf of”, involves personal shoppers that live or travel outside mainland China who buy luxury products and consumer staples in various locations worldwide. The products are often last season’s outdated fashions purchased from discount stores or factory outlets, which the Daigou shoppers then resell to Chinese customers at prices considerably lower than on the open market, where they’re subject to China’s high tariffs on imported luxury goods.

According to Deloitte International Consulting, an estimated 450 million online Chinese shoppers are expected to purchase more than $4.4 billion in goods through livestreaming this year, which is a 37% increase over 2017’s total livestream sales.

Leading the way is Alibaba Group’s business-to-consumer (B2C) online retailer Tmall. According to brand researcher Gartner L2, Tmall generated more than half of China’s 2017 total livestream sales revenues. With over 180 million customers who purchase goods through livestreaming from among the more than 50,000 Tmall vendors who collectively offer 70,000 products, including brands such as Samsung, New Balance, Reebok, Dell, Logitech, Phillips and more.

Another major livestream player is ShopShops, which is an interactive marketplace that digitally connects Chinese consumers with brick and mortar retailers of brand-name luxury goods throughout the world. Headquartered in Beijing and New York City, ShopShops brings sellers and shoppers together in real time through live, in-store interactions that give customers a sense of actually being in the shop and speaking with a sales associate. The platform was initially launched on Taobao, which is another Alibaba Group’s eCommerce website. ShopShops now has more than 110,000 loyal followers who generate an average of $8,000 in sales per livestream event.

How Does Livestreaming Work?

Here’s how ShopShops works. Before a store opens for regular walk-in business from local customers, the ShopShops team hosts a live, in-store videocast that digitally connects them with Chinese consumers, with whom they then engage in two-way dialog. ShopShops team members are typically celebrities or key opinion leaders between the ages of 25 and 35, have fashion industry experience, and are fluent in both Chinese and English. After being introduced to the store’s owner or manager by the ShopShops host, customers are given a tour of the store, which adds to the personalization and entertainment value of the livestream shopping experience. During the initial months of operation, ShopShops founder Ms. Wu personally hosted all livestream events.

During a 2017 livestream event, Biggercode’s owner, assisted by ShopShops host Kana Ma shared high end fashion items from his personal collection with the Chinese viewers. Speaking in Mandarin to an audience of thousands who had tuned in, Ms. Ma displayed and described the various high-end shoes, apparel and accessories, which included an Hermès Birkin bag. The bag, one of a sought-after limited series named for singer and actress Jane Birkin, sold for $14,500, and was part of ShopShop’s biggest one-day ever sales event at a single location, which brought in $40,000.

ShopShops takes a commission of 15% to 20% of livestream sales event revenues. After the show has ended, ShopShops sends an invoice to the brand or retailer that sponsored the event. Once payment is received, the orders are shipped to a ShopShops facility where products are repackaged and forwarded to the buyers. Brands and retailers recognize and appreciate the value of livestream selling, since it provides an almost immediate new source of revenue without an upfront investment or disruption of walk-in sales during normal business hours. To date, ShopShops has partnered with 150 retailers, and is reportedly on track to double that number by June of this year.

Livestreaming provides two-way, real time dialog that gives shoppers the opportunity to ask questions about a product just as if they were physically in the store and speaking with a salesperson. The hosts respond to shoppers’ questions, and provide their honest feedback and opinions about the items for sale.

If requested by the viewer, the hosts will demonstrate various  products or try on and model items of clothing. The personable hosts develop followings among livestream repeat shoppers, who frequently revisit for the opportunity to interact one-on-one with their favorite celebrity hosts, who they consider to be their own personal shoppers. With the click of a button on a mobile phone or tablet, customers can purchase and pay for the items that interest them, all without leaving the comfort of their homes or offices.

Livestream selling continues to grow by the day in terms of both user base and popularity among Chinese consumers with their huge appetites for western goods and eagerness to interact with online celebrity hosts. What was a $30 billion industry in 2016 is expected to more than double by 2021 to $70 billion as more and more savvy western retailers realize the value of livestream selling to the huge Chinese consumer marketplace.